Every year, we celebrate a very special day on August 31. In fact, we are located in ‘August 31’ Street, the only one that survived the fire started by the English and Portuguese troops on August 31 of 1813. Almost all the city was destroyed by that fire, with the aim of defeating the French soldiers that occupied San Sebastian.

The attackers took control of the city and robbed and raped hundreds of women before starting the fire. One side of ‘Trinidad Street’ remained untouched, and nowadays that street is called ‘August 31’ and goes from San Telmo museum to Saint Mary’s church and the harbour.

To remember such a dark day in our history, people from San Sebastian gather every August 31 to remember all those citizens that fought to survive and rebuild the city. We commemorate the anniversary by organizing several recreations of the assault and destruction.

One of the most emotional moments is the blackout of the ‘August 31’ street, when people light their candles and march ceremoniously under the torches. 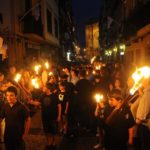 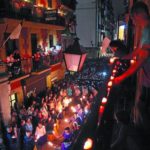 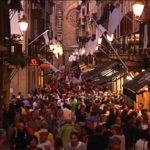 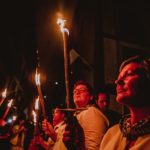 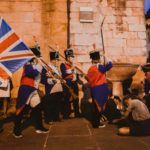